“When you really invest in [non-romantic relationships], especially as an adult, you really get something else out. My relationships with my parents, my friends, and my brother, have been phenomenal, because I have the space and time for them.”*

“I like the lifestyle of singles better because I like to have control, to do what I want."*

“I have a lot of friends who live in a quasi-communal situation where there’s always lots of people around, people I have known for many years and have close relationships with.”*

“You can be alone and happy, or you can be with somebody and be miserable…"*

“being single, just going out and just meeting people, having my own time. I stay out as late as I want, there’s a lot of freedom… freedom to go to as many yoga classes as I like.”*

“I think people who are over 50 who have never been married are secure in their level of self-awareness. They know what is it that they want, they know what it is that they don’t want, and they don’t have time for anything that’s not one or the other.”*

"[I’ve developed] a lot more confidence, being a woman… you really just give honestly a lot less of a shit about things. I just don’t care about that specific thing that would have been such a big deal 5 years ago. You let a lot less bother you than you would have when you were younger”*

“Being single… inspires you to invest more in the friendships and other relationships you have, like with your family… And I also have the space and time to make new friends, do new things, invest in myself.”*

“We don’t have that many responsibilities… We can take risks without having to jeopardize anybody else… I don’t have mouths to fill, so I’m able to take chances and I’m able to do maybe things that normal people who have 9-5 jobs and need to keep those 9-5 jobs, and they wish they could, you know, quit and go crazy and have fun and experience life.”*

“I can do whatever I want to without checking with my spouse. Lots of time for my friends and family and whatever activities. Build whatever life I want.”*

“Consider it a non-romantic, non-sexual crew of people that you rely on, for anything.”*

"The sense of community here is really, really strong. It’s almost like a family."

Changing the Language of Singlehood

Answering the Call to Holiness in the Single Life

* Quotes are from real interviews conducted for the book, pseudo images and names are used to protect interviewees' anonymity.

Living Alone: Men and Women, Young to Old, Around the World

“During the past half century, our species has embarked on a remarkable social experiment. For the first time in human history, great numbers of people – at all ages, in all places, of every political persuasion – have begun settling down as singletons.” That’s what the sociologist Eric Klinenberg said in Going Solo, his important book on the growing number of people who live alone (who he calls “singletons”). The popularity of living alone, though, varies tremendously from o 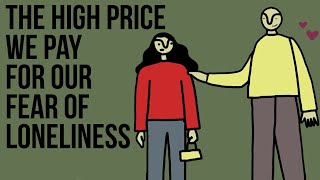 The Fear of Being Alone, FOBA

Fear of being alone (FOBA) may end up in life-changing mistakes and we must recognize it and fight its consequences. As cynical as it appears to use another person to assuage our fears, for many people, it is a major reason to find a partner and marry. A research team from the University of Toronto conducted seven comprehensive and complementary studies to examine how the fear of being alone affects the incentive to marry. Their findings show that 40 percent of respondents fe

Jane Austin, Coco Chanel And 11 Other Historical Figures Who Were Happily Single

There can be a tendency to (falsely) assume that people who aren’t in romantic relationships are “incomplete,” or that they’re lying when they say they’re happy being single. Some people do want to be in a relationship, but we do single people a disservice when we automatically assume that’s their situation. Especially because it turns out we’ve been wrong about a lot of our societal ideas about singledom and happiness. “There is a huge misconception that being alone and lone

Are Married People Better Off? 5 Points to Consider

Marriage over the past few decades has been associated with many benefits, including improved happiness and wellbeing, reduced levels of depression, reduced levels of substance abuse and violence, improved health, and increased longevity. Married individuals also tend to be economically better off, although governments encourage the family unit via policy and subsidize it heavily. Ask every social scientist: there is no doubt that being married is an excellent correlator with
bottom of page